Chaesitha is a wedding planner and Wongwen owes him money for her wedding because her groom runs off with her money.

Cherdchai showed courage to save the ring from thieves who came to trap. Wongwan was very impressed, without knowing that Cherdchai was a scammer.

And all of them are Cherdchai’s plan to deceive women to die Cherdchai confessed his love and asked for a wedding ring. The ring received the utmost joy. 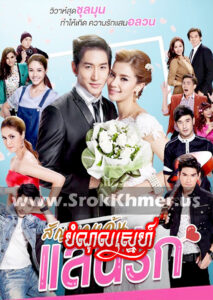