A beautiful melody, played by a young maiden, catches the attention of Na Lan Rang Ruo, as he recognizes performer to be his cousin, Wei Lin Lang.

But prince Fu Quan, who was tasked to do it, notices the emperor also seems to have taken interest in her,

and decides to pick another bride, while letting Lin Lang enter the palace and serve Kang Xi.

Adapted from a novel “Lonely Courtyard in Late Spring” by Fei Wo Si Cun. 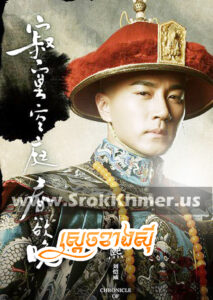