To avoid being caught up in the drama of the underworld, Luk Wan Lung and his sister Yuk Giu Fung operate their inn and live quietly.

But Luk Wan Lung, in an attempt to win back his ex-lover Ngai Bing Bing, participates in a competition for new heroes.

Because of this, scandals in the Eastern Depot are exposed and Luk Wan Lung is imprisoned by Eastern Depot official Sau Bak Kwan.

To save her brother, Yuk Giu Fung spreads rumours that there is hidden treasure at the inn.

Not only does Sau Bak Kwan immediately release Luk Wan Lung, he also sends his right-hand woman, Sau Joi Sum, to travel with Luk Wan Lung to the inn and collect intelligence.

The rumour attracts many hidden heroes to emerge and try different tactics. 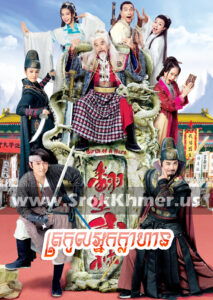